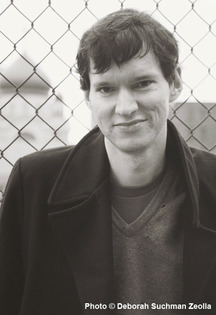 Dreaming the Beatles: The Love Story of One Band and the Whole World Taschenbuch – Illustriert, 19. Juni 2018

“This is the best book about the Beatles ever written”  —Mashable

Rob Sheffield, the Rolling Stone columnist and bestselling author of Love Is a Mix Tape offers an entertaining, unconventional look at the most popular band in history, the Beatles, exploring what they mean today and why they still matter so intensely to a generation that has never known a world without them.

Dreaming the Beatles is not another biography of the Beatles, or a song-by-song analysis of the best of John and Paul. It isn’t another exposé about how they broke up. It isn’t a history of their gigs or their gear. It is a collection of essays telling the story of what this ubiquitous band means to a generation who grew up with the Beatles music on their parents’ stereos and their faces on T-shirts. What do the Beatles mean today? Why are they more famous and beloved now than ever? And why do they still matter so much to us, nearly fifty years after they broke up?

As he did in his previous books, Love is a Mix Tape, Talking to Girls About Duran Duran, and Turn Around Bright Eyes, Sheffield focuses on the emotional connections we make to music. This time, he focuses on the biggest pop culture phenomenon of all time—The Beatles. In his singular voice, he explores what the Beatles mean today, to fans who have learned to love them on their own terms and not just for the sake of nostalgia.

Dreaming the Beatles tells the story of how four lads from Liverpool became the world’s biggest pop group, then broke up—but then somehow just kept getting bigger. At this point, their music doesn’t belong to the past—it belongs to right now. This book is a celebration of that music, showing why the Beatles remain the world’s favorite thing—and how they invented the future we’re all living in today.

“Filled with sharp criticism that challenges conventional wisdom. Once you know the history by heart, this is the place to understand what the Beatles mean now.” — Pitchfork

“This is the best book about the Beatles ever written…passionate and eloquent…If aliens land tomorrow, and demand to know why we keep on pumping this particular brand of music into space, this is the first book you would hand them.” — Mashable

“You’ll have a fantastic, joyous time reading Dreaming the Beatles from cover to cover.” — USA Today

“[B]efore I began writing this I paged through Ian MacDonald’s canonical Revolution in the Head and Devin McKinney’s renowned The Beatles in Dream and History...But neither has a chance of topping Rob Sheffield’s Dreaming the Beatles.” — Robert Christgau, Village Voice

“The essential joy of Dreaming the Beatles are these connections made between historical events, mythological band history, and the song itself—it’s sparkling, insightful, occasionally humorous writing unclouded by irony or cynicism about a capital-G Great Band.” — Spin

“As he’s proven in, well, all of his books, Sheffield writes about fandom, about the condition of loving a thing, as well or better than anyone, which is no small thing for a critic as savvy as he is.” — Austin American-Statesman

“For Sheffield, a chronicler of pop culture whose work blends thoughtful criticism and unabashed fandom, the heart of the Beatles story is about relationships.” — Boston Globe

“Half a century after their apogee...is there anything left to say about the most chronicled rock band in history? It turns out there is. Rob Sheffield’s new book Dreaming the Beatles looks at the Fab Four from a fresh point of view.” — Los Angeles Review of Books

“[Sheffield] offers enough memory-sparking to take Boomers back a few decades and plenty of insider gossip to satisfy younger readers...enjoy Dreaming the Beatles,...You know you love the music, and you may have read other books about the Beatles, but in your life, you’ll love this more.” — Journal Sentinel

“wistful, elegiac...Dreaming the Beatles...[is]a strong and heartfelt appreciation of The Beatles...Sheffield has added an extended chord to this seemingly never-ending story of The Beatles that’s lush and resonant with infinite varied possibilities. ”  — PopMatters

“This is the definitive Beatles book, the only one that comes close to the rush of listening to Rubber Soul or Revolver for the first time...It’s a 318-page-long ‘yeah, yeah, yeeeeah.’” — Pitchfork

“One of the most original and insightful books ever written about the Fab Four. He’s brilliant on everything from George Harrison’s disastrous 1974 solo tour to the Bee Gees’ Sgt. Pepper’s movie.” — Rolling Stone

“One of the best books about the band ever written…What interests Sheffield is the countless ways the band is alive.”
— Sean T. Collins, MTV.com

With each passing decade, the world’s most revered band, the Beatles, has become more popular, more influential, more ubiquitous, more beloved, just MORE. In Dreaming the Beatles, Rob Sheffield brings his singular voice to the most universal pop culture phenomenon in history.

The Rolling Stone columnist and bestselling author of Love Is a Mix Tape offers a fresh, unconventional look at the most popular band in history, exploring just what Paul, John, George, and Ringo mean today and why they still matter so intensely to a generation that has never known a world without them.

This is not another biography of the band, or an exposé of how they broke up. It isn’t a history of their gigs or gear. It’s a groundbreaking, unconventional look at the Beatles’ astounding story, and the emotional connections we make to their music.

Rob Sheffieldis a columnist for Rolling Stone, where he has been writing about music, TV, and pop culture since 1997. He is the author of the national bestsellers Love Is a Mix Tape: Love and Loss, One Song at a Time and Talking to Girls About Duran Duran: One Young Man’s Quest for True Love and a Cooler Haircut, as well as Turn Around Bright Eyes: A Karaoke Journey of Starting Over, Falling in Love, and Finding Your Voice and On Bowie.

S Riaz
4,0 von 5 Sternen Dreaming the Beatles
Kundenrezension aus Großbritannien 🇬🇧 am 19. Juni 2017
Verifizierter Kauf
Subtitled, “The Love Story of One Band and the Whole World,” this is something unusual – a different, very personal take, on the Beatles story and what they mean. Author Rob Sheffield is an editor at Rolling Stones, a music critic and a Beatles fan. Sheffield’s parents were amused, and slightly confused, about the obsession that he, and his sisters, had for the Beatles. Didn’t they know that this band had split up? In fact, Sheffield’s real argument, in this extremely personal love letter to the band, is that the fact the band split up made no difference at all to how people felt about them. I first came to the Beatles in the Seventies, via Wings, and that was the decade in which the ex-Beatles themselves were pretty disgruntled about people raking up the never ending stories of reunions. However, as it now clear, every era claims the Beatles as their own discovery. They sit, virtually unchallenged, as the ‘Greatest Group of all Time’ and look set to remain there.

When the Beatles broke up, even they thought there was a time limit to their success. The more they raged about not looking backwards, became embroiled in lawsuits and personal arguments, writing songs that were definitely about each other, others that were probably about each other and unable to cut those ties (John Lennon was always a Beatle, throughout his entire life), the more the public simply refused to allow them not to be Beatles anymore. If the four ex-members of the band refused to play the game and get back together, they would simply invent new ways to enjoy being fans – enter tribute bands, movies about them, plays, Beatles conventions, endless podcasts, even ‘Beatles historians’ such as Mark Lewisohn, to really treat the Fabs as seriously as we feel they should be treated…

Rob Sheffield muses about what the Beatles mean to him, and to so many of us, in this book. Yes, it is opinionated and that means that you will not agree with everything he writes. I am sure he would not expect us to. Still, he says a lot that you may well agree with and lots that you can get either enthusiastic, or enraged, about. He snipes a little at Paul, but, sadly, I feel that only time will show how there is, literally, nobody who is as multi-talented and central to the Beatles as Paul was. If George and Ringo were, in George’s only half-joking words, the ‘economy Beatles’ then it was John and Paul who led the way and created the bulk of the music that much of the world still sings. Whatever my doubts about some of Sheffield’s views, I really did enjoy this book and I applaud him for writing something beyond the usual biography. For those of us to whom the Beatles are not only important, but so important that we need to consider every aspect of their career in mind-numbing detail, this is a book you should probably read.
Lesen Sie weiter
25 Personen fanden diese Informationen hilfreich
Missbrauch melden
Rezensionen auf Deutsch übersetzen

Gary
5,0 von 5 Sternen Excellent Beatles Book for the Fab Fans
Kundenrezension aus Großbritannien 🇬🇧 am 1. März 2018
Verifizierter Kauf
I never usually bother writing reviews but felt I had to say something about this excellent book
Having read a lot of Beatles books I came across this one recommended by the British Beatles Fan Club and I think its the most different I've read
Rob is a fan like all of us but he comes at it from a different angle .
I would urge any fan of this always interesting and most excellent band and institution to give this one a try !
Lesen Sie weiter
11 Personen fanden diese Informationen hilfreich
Missbrauch melden
Rezensionen auf Deutsch übersetzen

The Hag Man
4,0 von 5 Sternen A Good Read
Kundenrezension aus Großbritannien 🇬🇧 am 30. August 2021
Verifizierter Kauf
This book is more about opinions than new facts on the history of The Beatles. The author provides an interesting and new (personal) take on the band.

There is a wasted chapter on the Rolling Stones, trying to justify their position as chart and artistic rivals to The Beatles.

The author/ book has a slight bias against Paul McCartney, I find most Beatles' books have a Lennon or McCartney bias one way or the other, but it doesn't detract from the enjoyment of the book.

As expected with these types of books I didn't agree with all the author's opinions including the faux pas of proposing the US version of Rubber Soul was equal or maybe superior to the original UK version - sacré bleu!

Overall, I found the writer to be knowledgeable (but not about 10cc) and insightful. A good read.
Lesen Sie weiter
Missbrauch melden
Rezensionen auf Deutsch übersetzen