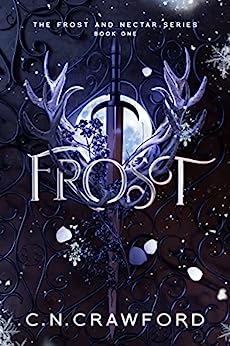 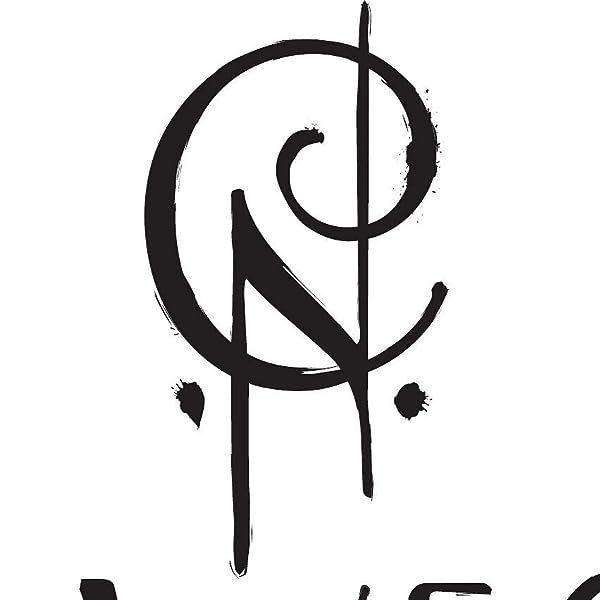 Englisch Ausgabe von C.N. Crawford (Autor) Format: Kindle Ausgabe
Buch 1 von 2: Frost and Nectar
Alle Formate und Editionen anzeigen
Sorry, there was a problem loading this page. Try again.
On the worst birthday of my life, I come home to find my boyfriend in bed with another woman. Within hours, I’m drunk, homeless, and pledging to stay single forever. And that is when the dangerously sexy Seelie King rolls through town, looking for fae like me.

Every generation, the king holds a competition for Seelie queen. But for reasons he won’t explain, Torin is looking for a charade, not a real marriage. So when I drunkenly sling insults his way, I have his attention.

When Torin offers me fifty million to participate, I think, “What have I got to lose?” The answer turns out to be “my life,” because my competition will literally kill for the crown.

And the more time I spend with the seductive king, the harder it becomes to remember it’s all supposed to be fake. Now, my life—and my heart—are on the line.
Mehr lesen
Previous page
Next page
Alle 1 verfügbar für Sie in dieser Serie Vollständige Serie ansehen

Perfect for fans of The Selection series who are looking for something spicier, deadlier, and with fae and magic! 🔥❤️

Ava, a common fae living among humans, goes through a terrible heartache after she catches her human boyfriend cheating on her. As she goes out with a friend to forget her pain, she encounters the powerful and dangerous Seelie King of the Fae: Torin. She drunkly and publicly insults him and his entire competition to find the Seelie Queen.

King Torin cannot fall in love under any circumstances, his search for a Queen is purely for the safety of his people and kingdom. Ava seems like the perfect candidate for this: he absolutely can't stand her! The hate-to-love slow burn romance was on point, I loved every interaction between these two! It reminded me of another of my favorite reads this year: A Forest of Stars by Linsey Hall.

Ava is a Fae that's grown up in the human realm, after being abandoned at about 6 months old. It's her 26th birthday and she's got off work early, so grabs a take away and heads home to her long time boyfriend, Andrew. She's funded his education and mortgage with 3 jobs, but he's going to invest in her dream, owning a bar 'Chloe's' after her late adopted Mum. Life is good.😍
Until it isn't, and now she's betrayed, homeless, heartbroken and very drunk!💔

King of the Seelie Fae, Torin, needs to find a Queen to sit on her throne. The magic is waning in Faerie without a Queen to replenish it. He can not marry for love though, as his family is cursed. To love is to kill.💔 He stops in the human realm for a whiskey, and is accosted by an earth dwelling Fae. She's a complete mess, drunk, covered in food, she smells foul and looks disgusting. She proceeds to call him pretty but then insults him, his people, and his realm, before telling him his tournament to find his Queen is barbaric and love is a lie and something she'll never fall for ever again! He should kill her, but too many people are watching.😡 He storms away, back to Faerie.

This story isn't even remotely like any I've read before about the Fae.✨ The tension and suspense are tangible, throughout. The world building is enchanting, I could picture every part with a clarity that took my breath away! But the cruelty of the Seelie Fae, who are supposed to be the kinder race of Fae, is truly frightening!😳 This is beautifully written.

There are so many questions left swirling in my head, I don't know how I'll cope waiting for book 2!🙈 By the way, the giant hook at the end, it wasn't that unexpected to me, but how the author's brought it to light, now 'that' was flawless writing - bravo.🌟👏

susan mckenzie
5,0 von 5 Sternen It's a cold day in Fae.
Kundenrezension aus Großbritannien 🇬🇧 am 3. Oktober 2022
Verifizierter Kauf
This book is absolutely spectacular, that first chapter was both dramatic and hilarious. I instantly loved Ava, she's kind of a tragic but sweet character. We've all experienced heartbreak, so she's someone you can relate to. Torin is such a delicious leading male character, if there was such a thing as the perfect man he would be it in my eyes. The storyline is really well written, also the description of the world and characters is done perfectly. This is the first book in a new series, and I'm already desperate for book 2. I can seriously say this is going to be my favourite series of C.N. Crawford's, I really couldn't put it down. It was absolutely worth skipping on sleep for, now I just need to buy the paperback and hopefully audiobook if it comes to audible.
Lesen Sie weiter
Eine Person fand diese Informationen hilfreich
Missbrauch melden
Rezensionen auf Deutsch übersetzen

Laura Sage
5,0 von 5 Sternen Loveee
Kundenrezension aus Großbritannien 🇬🇧 am 8. Dezember 2022
Verifizierter Kauf
I binged this book over the course of about 36 hours. OH MY GOD it's so good.

Ava Jones is a low-born fae, crushed after finding out her boyfriend had been cheating on her. She drowns her sorrows and ends up drowning her sorrows in a bar where she drunkenly bumps into Torin, The Seelie King.

I started out disliking Ava, but as her personality and resilience shone through, I ended up absolutely adoring her. Torin is just... Torin. It's hard not to love him.

The way this book was written made it so difficult to put down, I was constantly wanting more and when I reached the end of the book I didn't want it to end. The way it ended was shocking, a true cliffhanger!

My only negative experience was reading this book too early that I now have to wait for the second book to come out!
Lesen Sie weiter
Eine Person fand diese Informationen hilfreich
Missbrauch melden
Rezensionen auf Deutsch übersetzen

Wendy
4,0 von 5 Sternen Not bad
Kundenrezension aus Großbritannien 🇬🇧 am 10. November 2022
Verifizierter Kauf
I have found some of this author's series to be but and miss. Some very good but some boarding on chikdish. This however is not a bad read. I like Ava, she's down on her luck but deep down still has a fighting spirit. There is some humour but also it can be a bit blood thisty, as fae can be. The plot is not bad and we know with Eva being an outcast and left in the human world there will be more than meets the eye with her and it's just when will that come out. Not sure whatvor why Shalie is in the story she hasn't added much to the plot. I will by the 2nd as I'm intrigued and want to know what happens next.
Ps thanks for the art work😏
Lesen Sie weiter
Eine Person fand diese Informationen hilfreich
Missbrauch melden
Rezensionen auf Deutsch übersetzen

Amazon Customer
3,0 von 5 Sternen Not an Epic fae story but enjoyable
Kundenrezension aus Großbritannien 🇬🇧 am 12. Oktober 2022
Verifizierter Kauf
I had fun reading this book, enjoyed the characters and the flow, there was a couple of things though that kept pulling me out of the story, for example when Avas friend was describing her said she had brown hair a couple of chapters later Ava said children were trying her to fence posts because of her ears and green hair, then a couple of chapters after that Ava mentions in passing she dyes her hair to fit in, there are other similar things but I shouldn't have to work that hard to have an accurate description of the main character. I felt there could have been more world building explaining exactly how the fae and human world interact, however if I ignore the couple of things that bugged me I did enjoy the story.
Lesen Sie weiter
Missbrauch melden
Rezensionen auf Deutsch übersetzen
Alle Rezensionen anzeigen
Ein Problem melden
Enthält dieser Artikel unangemessenen Inhalt?
Bericht
Glauben Sie, dass dieser Artikel gegen ein Urheberrecht verstößt?
Bericht
Liegen bei diesem Artikel Qualitäts- oder Formatierungsprobleme vor?
Bericht