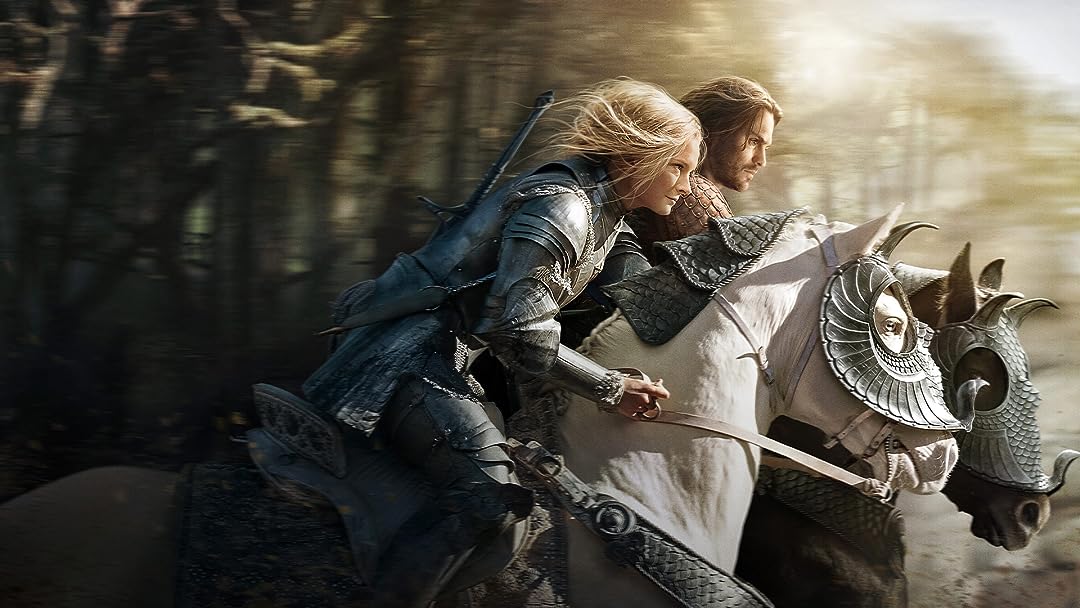 Amazon CustomerAm 1. Dezember 2022 in Deutschland rezensiert
2.0 von 5 Sternen
Occasional Success, but Mainly Wasted Potential
Verifizierter Kauf
To say that I was disappointed by "The Rings of Power" would be a bit misleading, as I didn’t start out with particularly high hopes in the quality of this series. However as the series went on, it definitely failed to capitalize on that lack of expectations by proving better than I’d have dared to hope, and instead generally declined further in quality from the half-decent first episodes.

At first sight, there would be a lot to like about this series; the scenery and visuals are beautiful, the score is excellent, and the cast is largely really good. However this potential is squandered by the abysmally bad writing and character development (or lack thereof), and the many adaptive choices that are frankly mind-boggling. What is the point of adapting a fictional work to film if you are just going to throw out everything that makes it unique, in favour of rewriting the plot, characters and setting into something almost entirely generic within the genre?
The material adapted for Rings of Power would have lent itself perfectly to a creative writer who wanted to add their own plotlines and flesh out the world with their own details, because the Appendices, from which most of the background is drawn, only provide fairly rough outlines of events. A story with plenty of creative license and originality could have been written to still fit not just the content of the appendices but also, crucially, the main text of the Lord of the Rings, to which the series acts as a poorly conceived prequel.

In fact it is this failure to capitalize on what makes a prequel interesting that is most saddening about Rings of Power. Instead of accepting that the audience likely knows, or else can easily look up, how Sauron is supposed to turn up in the story, the series comes up with a tiresome guessing game with 5 different characters all hinted at to be Sauron in one shape or another, only for none of them, including the one who ends up as actual Sauron, to entirely make sense. Yes, the one they went with was the most solid choice. Congrats. But this whole contrived mystery just ended up making the whole story feel much less mysterious or mythological than it would have felt if it had invested the hours of time spent on characters that aren’t supposed to exist into giving proper characterizations and plotlines that we would have actually needed.

Why spend hours on Hobbits and Wizards (neither of which is arguably supposed to even play a role in this story to begin with), or even the fairly interesting but entirely unnecessary character of Adar, why not spend some time investigating characters like Gil-Galad, Elrond, or Círdan (who isn’t even in the series), who actually are known to play major roles in the second age of Middle Earth?
Instead, for the sake of focusing on Hobbits and wizards, men of the southlands, the sister and friends of Isildur (who by all accounts should not have been born for at least one and a half millenia at the beginning of this story) and the orc-independence movement, all those actual important characters fall astoundingly flat in terms of backstory and characterization. Elrond is a naive youth, Gil-Galad is a stern, arrogant and unreasonable absolutist (rather than the wise elven king he is supposed to be) and Galadriel is a hot-headed, vindictive warrior princess. Other characters that should appear are even written out of the story entirely, such as Círdan, Celeborn or Celebrían (the mother of Arwen for F*s sake!). Any one of those characters would have been more deserving of screentime and potentially made a better contribution to the overall story than inventing completely original, completely boring and completely unnecessary storylines that lead nowhere.
And why for the sake of Eru not spend some of those hours to show any of the centuries or millenia of backstory that the series simply chose to erase, because the writers were too scared to take the risk of having human characters dying off from old age on occasion?

If there is one original problem from which all other problems of the series arise, it is this entirely unnecessary and cowardly compression of the timeline. This is what made the Rings of Power from a potentially awesome mythology into a generic action flick. If you cannot conceive a way to write a script that has immortal beings thousands of years old and covers centuries or millenia of fictional history, then maybe you do not belong on the writing staff for a Tolkien adaptation. Yes, human characters don’t live that long. Yes, there would have been ways to cope with that, and make the storytelling more interesting in the process. Others have done it. Even concurrently running House of the Dragon had time jumps in it, which it handled gracefully, even if they were of a much shorter time span than those needed for Tolkien’s second age. And some non-linear storytelling would have provided the opportunity for much more exciting mysteries than the "who the is Sauron and who the heck are the other four original characters we are led to believe are Sauron?"-riddle. Even if it had failed though, at least it would have failed with some ambition instead of simply failing due to a lack of it.

Another major problem is the characterization of the main character, Galadriel. While I suspect it was mainly inspired by the fact that people are already familiar with her from the Lord of the Rings, I think pushing her as a lead character is a sensible decision. Sadly most everything else about the character they have written is not. We have a fairly good amount of literary source material to work with, and subsequent appearances in the LotR to be consistent with, and all of it clearly implies Galadriel was not a warrior, nor was she ever as immature, angry or vengeful as shown in the series. I think much of it has to do with the whole backstory devised for the character being straight out of some awesomebro fantasy, and lacking any nuance. In it her brother Finrod is portrayed as having been killed while "hunting Sauron", which is just plain insulting. It feels like in an attempt to raise the stakes, the series tried to push Sauron to the forefront of every personal backstory it could, even if this entirely misrepresents characters like Finrod or Galadriel. So instead of making Galadriels motivations, relationships and internal struggles in any way consistent with the actual story, they decided to give her a childish, one-dimensional thirst for revenge, yet be entirely useless at anything other than fighting.
Galadriel is supposed to be among the oldest and wisest beings in middle earth by the time Sauron reestablished himself in the second age. We are being told very clearly that Gil-Galad (who also comes across more as a pompous dictator in the series) didn’t trust Annatar, and neither would Galadriel have done so. Instead, unreasonably, the elf that seems to emanate the most wisdom in Rings of Power is actually Celebrimbor…the one we know for certain did not have the wisdom to reject Annatar, and who (SPOILER) dies because of it. The way the elves are written as such one-dimensional characters makes them feel like so much less than they actually are at this point, so much so that they even manage to make their motivation for creating the titular rings of power one-dimensional.
And if you are going to argue that it was oh-so-important to portray Galadriel this way and that is is sexist to take issue with her characterization because people always criticize female characters that they don’t consider likeable, consider this;
Galadriel as written by Tolkien is neither perfect, nor is she weak or lacking agency in her story, just because she doesn’t pick up a sword and create mayhem on every occasion–on the contrary, she is arguably one of the most nuanced and also among the most powerful characters in the legendarium, despite never being described as even picking up a sword. Arguing that a female character needs to physically fight all the time and be interested in little else is what’s actually setting a problematic precedent here, not criticizing the dumbing-down and one-dimensionality of an adaption of one particular iconic literary character who is also female. Also please consider why people take so much issue with your Galadriel, but not with a plethora of other female warriors in fiction, many of which are iconic characters in their own right. And I’m not saying that Galadriel can’t be headstrong or unlikeable, or that she cannot be allowed to fight, just that I’d have liked to see a more complex character with more complex motivations than simply "Sauron killed my brother, I’m gonna kill Sauron!". In many ways I would have actually found it more impressive and empowering if the writers had had the courage to show her as the well-rounded character she is supposed to be, primarily following the characterization Tolkien wrote for her, but maybe picking up a weapon for a surprising display of skill on one or two occasion when really needed, as would befit a character that is a few thousand years old at this point and surely would have mastered more than one single skillset by then.

I am sure there would have been no shortage of people in the Tolkien fandom who would have jumped at the chance of coming up with a proposed screenplay for such a series that would aim to faithfully adapt the original vision Tolkien had for the second age.

In short, as a fan of Tolkien’s works I wish they had hired someone with a good understanding of his writings to help with the series. As someone who enjoys well-written stories, I just wish they had hired competent writers who weren’t too afraid to come up with anything truly interesting.

PS: Some of the arguments which Amazon have used to silence criticism have worried me. I have no issue whatsoever with having a diverse cast in a Tolkien adaptation, on the contrary. But the frankly ridiculous amount of praise Amazon have given themselves for that, and the way they have used it to shut up people who didn’t like their series for entirely different reasons is pretty pathetic. I have no problem at all with black dwarf women. What I do take a little bit of an issue with is their lack of beards.

Was hat so richtig genervt?